At Present, Ban Teay Chhmar temple is the main tourist attractive site of the province in luring foreign tourists to visit. In the far northwestern corner of Cambodia the looted Angkorian temple of Banteay Chhmar sits teetering on the brink of a revival. A paved road scheduled to start construction this year is bound to increase visitors. Craig Gerard braves the bumpy journey to find a slice of Cambodian tranquillity. Commissioned by King Jayavarman VII and situated some 15km from the Thai border, Banteay Chhmar is often compared to Angkor Thom in size and structure. The complex is full of sandstone bas-reliefs that tell stories of ancient Cambodian battles. Witnessing the preservation of the temple and experiencing the beauty of the local community will reward the adventurous traveller.

The bas-reliefs along the surrounding wall of the temple are some of the finest in Cambodia. Yet the stories are incomplete due to sustained looting, which continued as late as 2002. Huge sections of the outer wall have been chiselled away, and are now scattered to the four winds. While the loss is felt as you wander around the massive complex, it also drives home the importance of visitors to this remote site. These tourist dollars lead to the long-run stability of the temple and the surrounding villages.Such is the hope of Global Heritage Fund (GHF), a non-profit organisation based in California. It specialises in tying conservation of historical sites to the needs of the local community to make tourism relevant and profitable, while ensuring local inhabitants are stewards of their own heritage. James Hooper, the manager of Global Heritage Fund UK and International Project Development specialist, sees great potential in Banteay Chhmar.Banteay Chhmar is a perfect example of how Global Heritage Fund works with local groups to build sustainable tourist infrastructure,? Says Hooper. Through their partnership with the Community Based Tourism (CBT) office, Global Heritage Fund has been able to speed along the conservation work by providing the technical know-how and needed funding. Additionally,it assists with emergency structural issues within the complex. Years of shifting earth, some looting and the advancing trees have taken their toll on Banteay Chhmar. I get the sense that the forest is reclaiming the temple for itself.  Hooper wants to create temporary, low-impact viewing platforms, so guests can see the complex from a bird?s eye view. The platforms would allow visitors a safe way to experience the heart of the temple, which currently is inaccessible because of unstable stone structures. Hooper explains that these temporary structures work well because they avoid heavy construction which could do long term damage to the site. For now, visitors walk on the ground amongst the ruins, witnessing the temple as westerners first discovered it. The CBT has a clear list of plans needed to improve services to tourists. According to Sophal That of the CBT, about 40 percent of visitors spend a night in one of the villages? six homestay locations, the only overnight option. The homestays make up just a part of the CBTs infrastructure around the Banteay Chhmar complex. The rest of the 74 council members are part of the hospitality network for visitors, which includes ox cart rides, silk weaving, woodcarving, traditional music concerts, rice wine distillation, beekeeping, bike tours and the women?s cooking group. While more tourists are exactly what the community needs, busloads may be unfortunate. The isolation is what gives Banteay Chhmar its charm no matter what time of day you visit, you are likely to be the only visitors. For the time being, there is no waiting for the hordes to move so you can snap a photo without people. There are no tuk tuks, no elephants, no mega-buses.  There is just the temple, nature and friendly people there to help.All this makes now the right time for a visit.Banteay Meanchey is a Cambodian province in the northwest of the country, and its national reconciliation only the Khmer Rouge trick), the province and towns are striving to rebuild their culture and economy. area was part of the extensive Khmer empire, with its most notable remains the Banteay Chhmar temple (built in 12th and 13th century) in the north of the province.In the 17th century the Siam took control over Cambodia, and made the area of the modern province part of Sisophon Province. In the year 1907 the Siam had to cede control to the French, and the area was then included into Battambang Province. In 1988 the province Banteay Meanchey was split off from Battambang.Banteay Meanchey is located in the Northwest of Cambodia. It borders with Thailand to the west and North, with Oddar Meancheay to the North, with Siem Reap to the East and with Battambang to the South. The town of Sisophorn is about 359km from Phnom Penh via national road number 5. One of the most known places in that province is Poipet, a town ontheThailand/Cambodia border. It?s the key crossing point between the two countries, and also extremely popular as a gambling destination with lot' s of casinos (gambling is popular, but illegal in Thailand). There is a strip of casinos, guesthouses and hotels between the Thai and Cambodian passport control counters, enabling Thais to gamble in Cambodia without needing to go through Cambodian mmigration. Poipet is adjacent to the city of Aranya Pratet on the Thai side of the border. 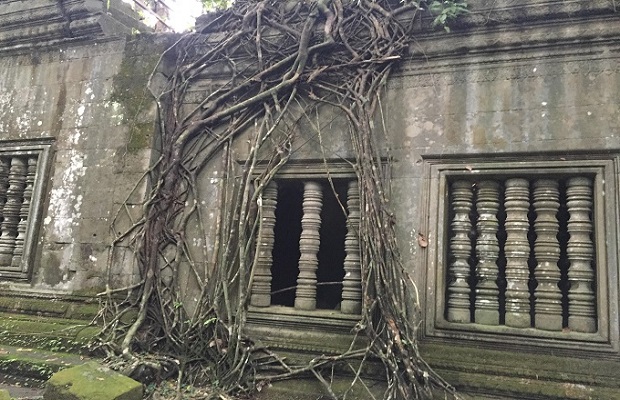 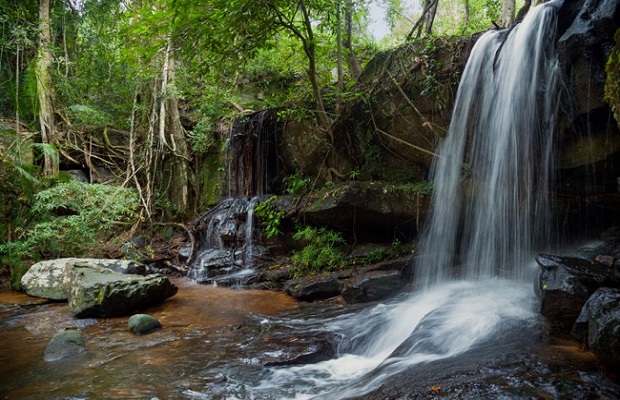 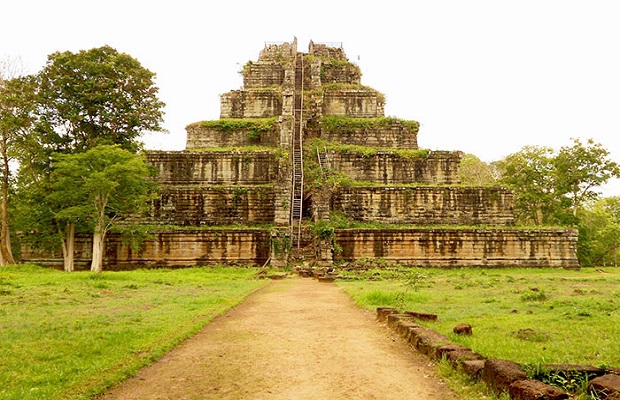 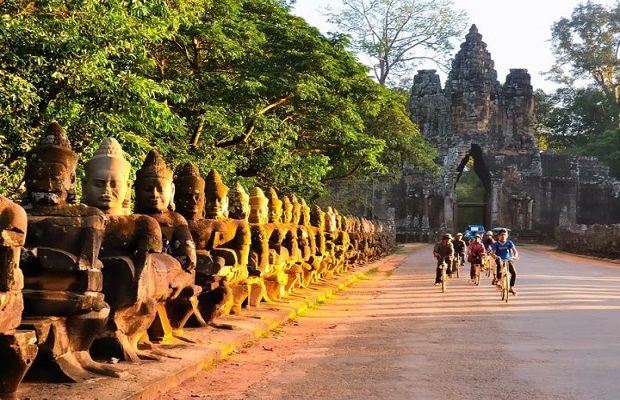